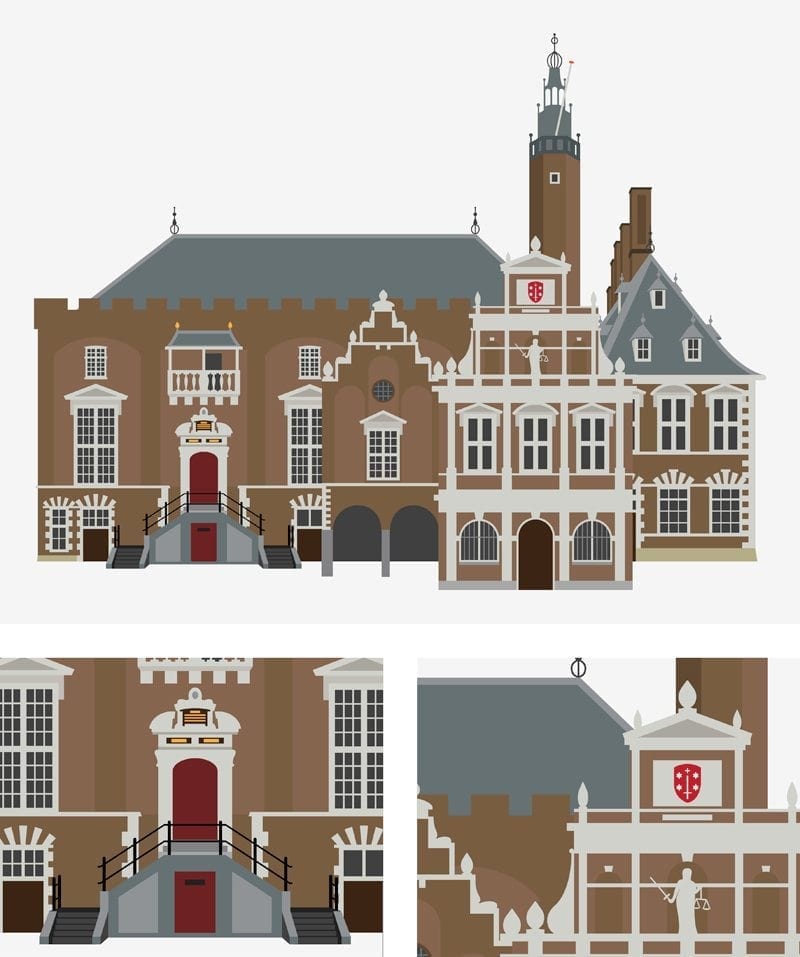 Available as A4 and A3 print and as a card.
TO THE SHOP

At the location of the town hall there used to be a hunting lodge of the counts of Holland. The complex, which served as a military and administrative center, was destroyed by a fire in the 14th century.

The town hall, a rectangular building with battlements and a tower, was erected in 1370 on the same site. In the centuries that followed it was rebuilt several times.

Between 1622-1630 a whole new wing was built in the Dutch Renaissance style after a design by Lieven de Key. The façade was renewed in classicist style between 1630 and 1633.

To this day, the city administration works in the ancient city hall. In the halls of the refectory (on the courtyard), changing exhibitions can be viewed free of charge.