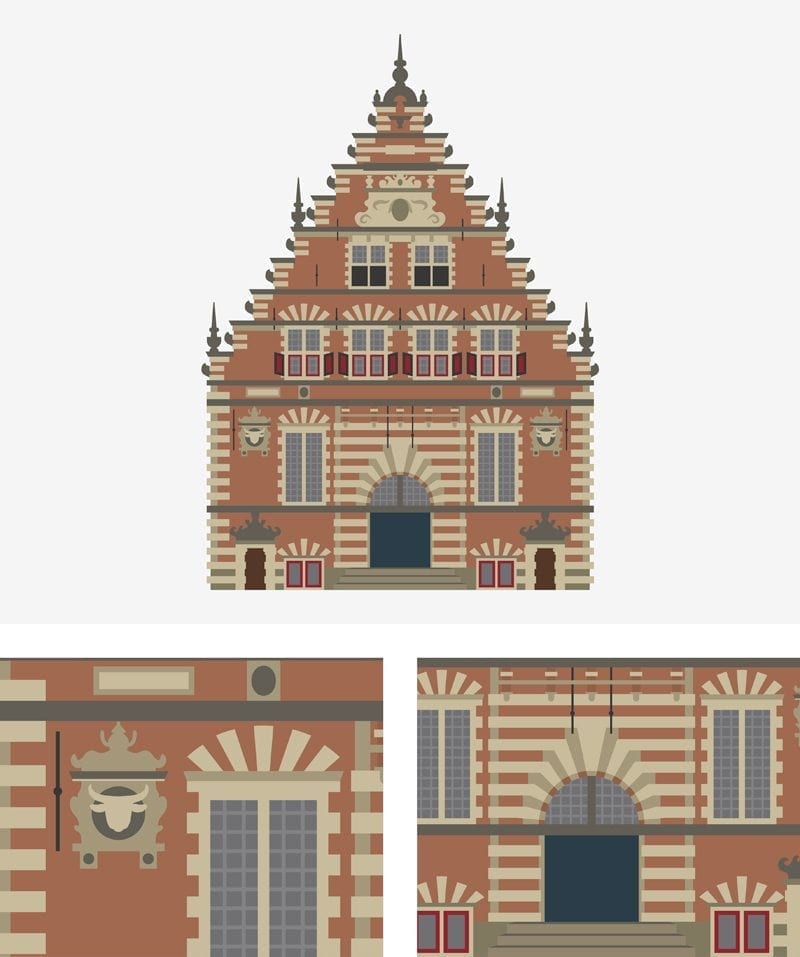 Available as A4 print and as a card.

Since 1386 there was a meat hall on this spot where meat was sold. Due to the rapid growth in the number of inhabitants, the meat hall became too small and city architect Lieven de Key was commissioned to design a new, larger meat hall. On 6 June 1602 the first stone was laid and in 1604 the building was finished.

Over the years, the building has served as a storage place for soldiers, as a State Archives and depot of the city library. During WWII it was used by the distribution service. After the war and until now it is an exhibition space.