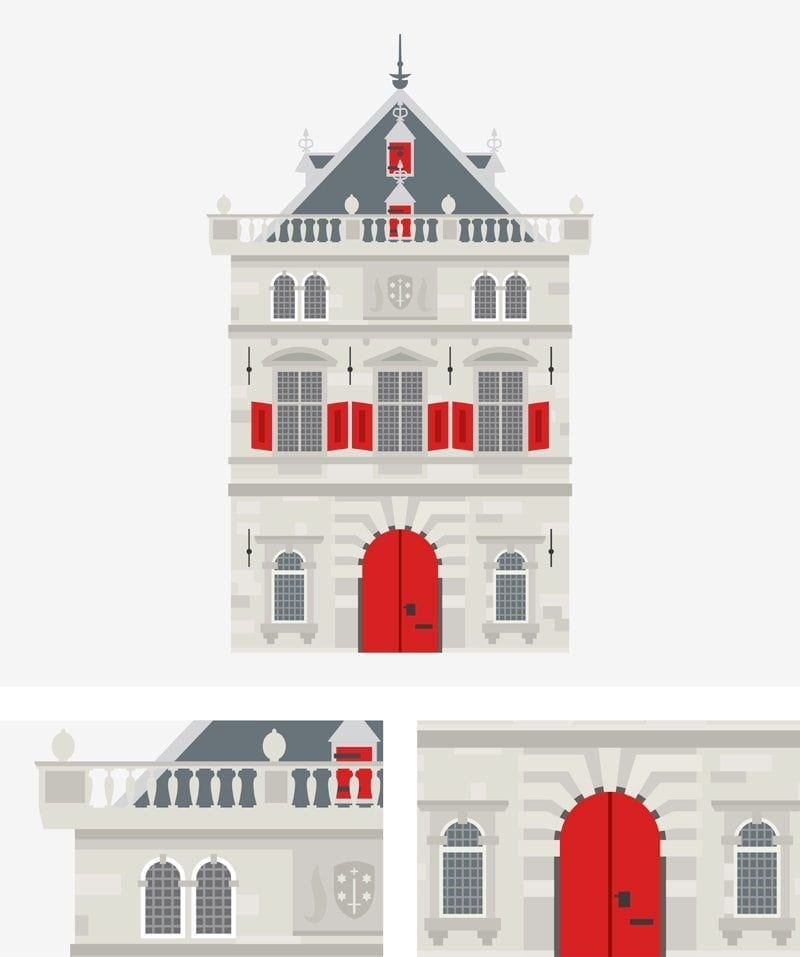 Available as A5 print and as a card.

De Waag aan het Spaarne was built between 1594 and 1599 after a design by the Haarlem city architect Lieven de Key. The location at the Spaarne was favorable because of the supply of the goods to be weighed.

De Waag has fulfilled its original function until 1915. Later municipal fire sprayers were stored.
Since 1821 the artists’ association KZOD ‘Kunst zij ons doel’ has been established on the upper floor. In the sixties the building was the home of the troubadours and folk club of Cobi Schreijer. Generations such as Pete Seeger, Joan Baez and Simon and Garfunkel performed on it.
Now there is a café in the Waag.