The church building was designed by Arie de Maaker and built just after the First World War. The church was taken into use on 31 August 1921 (Queen’s Day).

During the war years the church had no name because the name of the queen should not be used. They were then talking about the “tip-tip-church”.

In the early 70s the church was in decline, so plans were made to rebuild the church and turn it into a supermarket. A lot of work was done on the modernization of the building, the church could stay.

The tower has not had a clock for the first 60 years. The cock, on the tip of the tower, had died. At the 60th anniversary of the church money was collected with which two clocks were purchased. A new rooster was also placed. 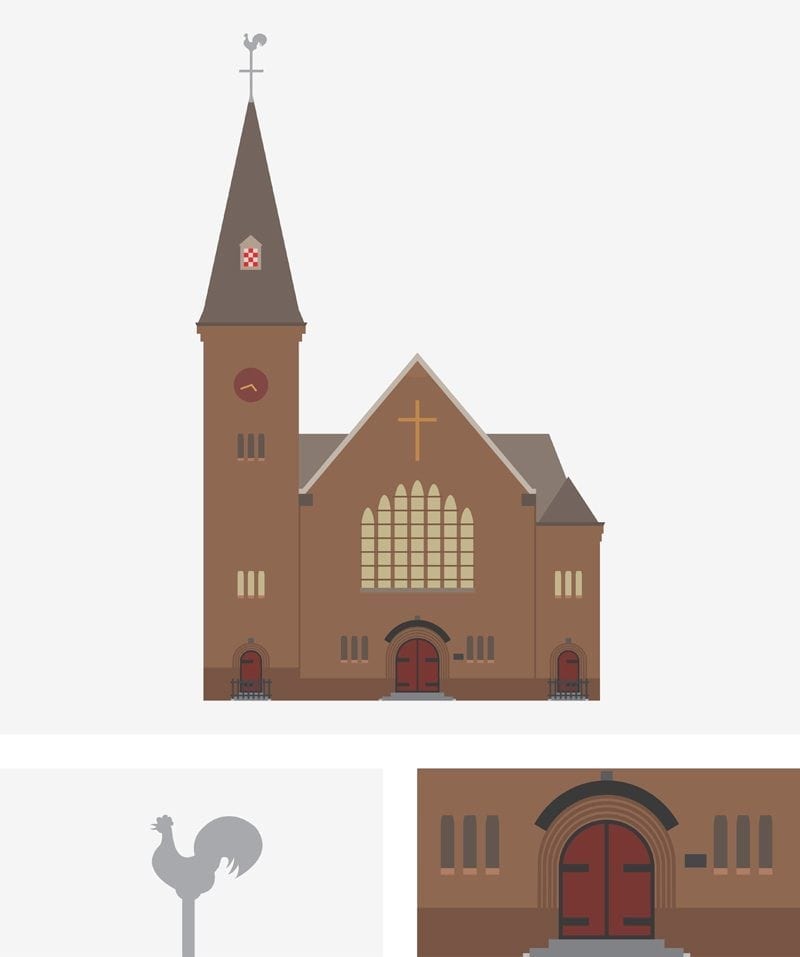