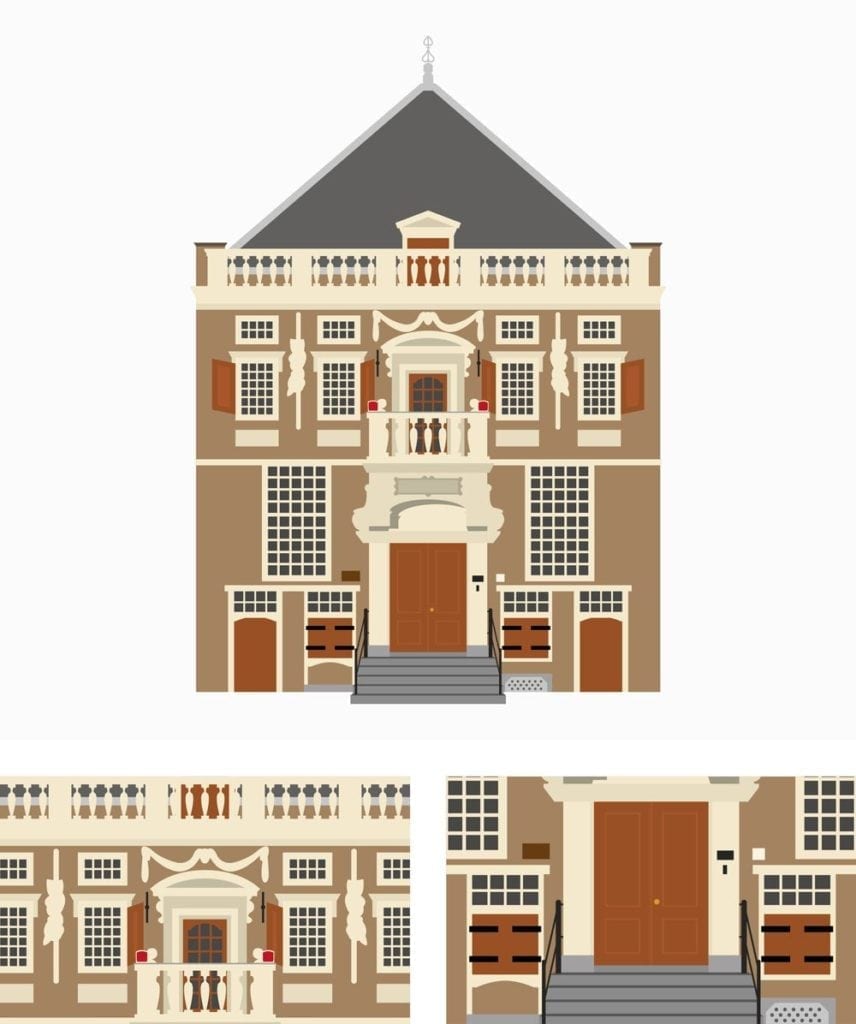 Available as A5 print, loose or framed.

In the first years the Hoofdwacht was used by the Counts of Holland. From 1250 to 1350 the building was the first Haarlem town hall. After the city council moved to the current town hall in 1350, the Hoofdwacht became a residential home again. The ground floor was used as a printing house, shop and beer cellar.

In 1765 the building became the guard building of the militia. From this central post on the Grote Markt, the city gates were opened and closed and public order was maintained. The building was soon called De Hoofdwacht and that name has remained.

Since 1919 the Historische Vereniging Haerlem has been hiring the municipality’s premises and using it as the home base. On the occasion of the 750th anniversary of the city, the Hoofdwacht was restored in 1994/1995.